The BMW iX is likely the most polarizing car in the brand’s lineup. Its looks really don’t do it any favors, as it’s just not a great looking car, but it’s interior is fabulous. However, that interior is also quite different from what BMW enthusiasts are used to and it ditches most of its physical controls. It’s a car that does a lot of things right but also does a lot of very odd things, causing hesitation from BMW customers. To give a comprehensive breakdown of whether you should buy the iX, the hosts from Throttle House talk it out.

This is a bit of a different style review from Throttle House, as it’s from their “Extra Throttle House” channel. Rather than the usual review structure, this video is far more laid back and off the cuff. It isn’t scripted but instead just features the two hosts talking about the car candidly.

Neither of them like the way it looks and it’s hard to blame them. The BMW iX is certainly a funky looking car. Its grille isn’t even the weirdest part of its design; neither its funky D-pillar, nor weird wheel arches, or odd wheels look right. It’s just a strange looking vehicle and one that doesn’t exactly scream desirability, especially at its six-figure price tag (as-tested). 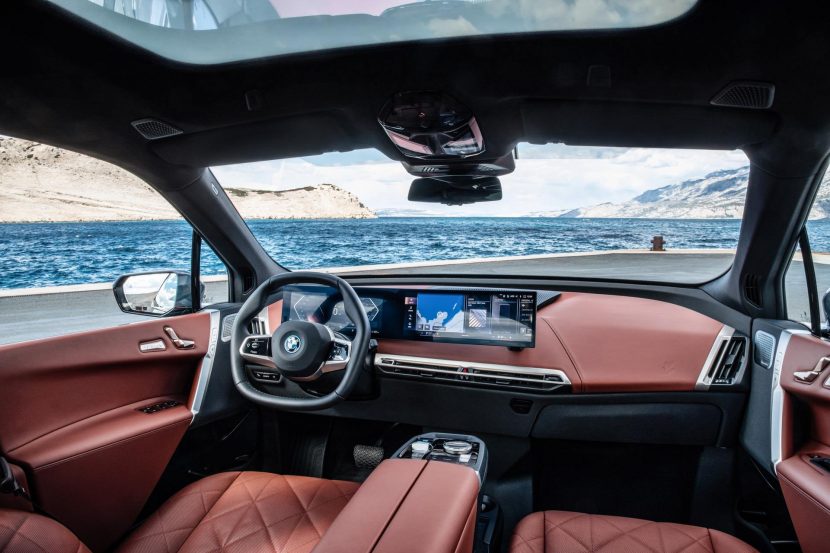 However, the BMW iX does make up for a lot of its weirdness with its interior and how it drives. The cabin, for anyone that hasn’t spent time inside, is wonderful and is probably the best BMW interior in history. Its new Bowers & Wilkens surround sound system is a triumph, iDrive 8 is a big step up from iDrive 7, and its outward visibility is outstanding.

It also drives brilliantly. Power is ample, its steering is good, and the ride quality is the best in a current BMW. It’s sensational to use on a daily basis. Especially since you don’t have to look at it from the inside. But is it good enough to overcome its looks? Watch the video and find out.