One of Japan’s secrets to its success in having a well-run domestic automotive supply chain is the presence of readily available plating job shops that can work lock-in-step with the Tier 1 and Tier 2 component manufacturers requiring either anti-corrosion or decorative plating. The plating job shops are contracted out to plate parts on behalf of manufacturers which do not have in-house plating capability.

Manufacturers of automotive parts in Japan choose to outsource surface treatment for a variety of reasons, such as the need to dedicate precious factory floor space to more value-added operations or the inability to attract and retain plating engineers and other specialists required to maintain a defect-free plating line. Platers are relentlessly adjusting their roles to keep up with industry changes, and their relevance in Japan’s automotive supply chain is more important now than ever. 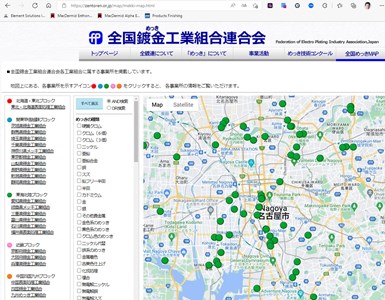 The trade organization in Japan allows website viewers to search for platers based on region and plating type.

According to the Federation of Electroplating Industry Association in Japan, a whopping 1,350 plating job shops dot the industrial landscape in Japan. Due to the need to offer just-in-time (JIT) delivery, large concentrations of finishers choose to operate in the vicinity of automotive clients in industrial clusters such as Gunma, Hiroshima, Nagoya, and Osaka. Job shops operating 24 hours a day often make two deliveries per day to large customers, using a “milk-run” delivery system which collects unplated parts from and delivers plated parts to multiple customers in that region.

Many Tier 1s and Tier 2s employ a kanban inventory model which specifies the exact time, down to the minute, when the plated parts should be delivered by truck. While JIT is very efficient for those customers, it can be inefficient for the truck drivers working for the platers, as they experience idle time waiting outside the customers’ plants just because it is too soon for the customer to accept the delivery.

For automotive part manufacturers in Japan, maximizing floor space utilization is extremely important, so there is very little room to store incoming parts from platers. This lack of excess space creates a business opportunity for finishers, as many manufacturers use that precious footprint to perform their core manufacturing processes instead of surface treatment.   As a result, plating is outsourced to nearby job shops, which gladly accept this work since it is core to their specialized business.

Automotive parts manufacturers who do not outsource and instead conduct in-house plating say it is very difficult to recruit engineers and other professionals specialized in surface treatment since the talent is often attracted to the core manufacturing processes of those companies and due to the declining numbers of young adults entering Japan’s workforce. Training is also a challenge for manufacturers with captive plating operations because of the long time required to master how metal or plastic parts are surface-treated. At plating job shops, however, many professionals are able to act as teachers, and that know-how is carefully passed down from generation to generation.

Of the thousand-some job shops in Japan, the overwhelming majority are “mom-and-pop” factories with just 10-30 employees each, resulting in a very fragmented industry with lots of small competitors. The surface treatment industry in Japan has not yet seen the consolidation of companies via M&A, but that may change in the future.

Instead of acquiring competitors, some platers choose to expand their business by entering adjacent industries such as coating. The process involving paint, whether liquid or powder, is another example of a non-core process that manufacturers often want to outsource, and it could dovetail nicely with the strategy of a finisher. Other job shops specializing in plating on plastic have invested in injection molding to offer a one-stop service for customers manufacturing door handles, car emblems, and other small decorative parts.

While geographic expansion within Japan is not so common for platers, in recent years, there have been several job shops that have decided to build plating-focused factories in China, Indonesia, Mexico, Thailand, Vietnam, and other countries which are home to Japanese automotive transplants. Many of these job shops were initially requested by their customers in Japan to consider overseas expansion. In some cases, the Japanese job shop operates a turnkey operation inside their customer’s overseas facility and manages the plating line on the manufacturer’s behalf. 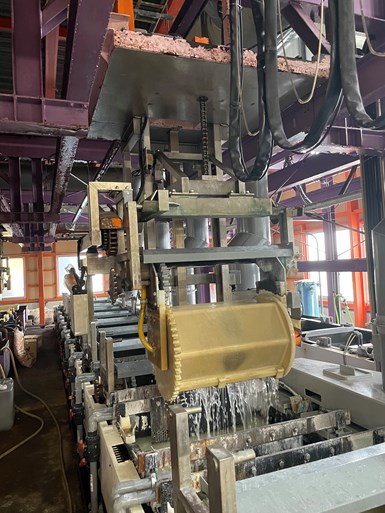 This fully-automated line allows the company to keep its headcount at just 10 employees.

One plater with a successful business model is Suzuki Mekki Kogyo K.K., which specializes in zinc and tin-zinc alloy plating services for small stamped parts. From their location in Nagoya, this family-owned business has been supplying to under-the-hood parts manufacturers who require a superior corrosion-resistant surface treatment since 1964. “We are able to meet the exacting standards of our customers and provide a quick turnaround within 48 hours,” says Taizo Suzuki, who has served as President and Representative Director since taking over his father’s business in 1986 at the age of 31.

Suzuki Mekki’s fully-automated barrel line, installed in 2011 in a brand-new facility, allows them to operate the entire business efficiently with a total of just 10 employees. Deliveries to customers, all located within a radius of 30 miles, are outsourced to a third-party logistics provider. “We previously plated many cigarette ashtrays for cars, used in both the front and rear passenger compartments, but lifestyle changes have made such fixtures obsolete,” reminisces Suzuki. Despite the changes in the automotive industry, 70% of Suzuki Mekki’s revenue is still related in some form or another to vehicles. Taizo Suzuki says that the recent popularity of hybrid vehicles in Japan has been a boon to his company, due to the proliferation of much smaller parts which are optimal for barrel plating.

The future is shiny

In the future, further electrification of vehicles and stricter environmental regulations will pose more challenges to finishers in Japan, but those problems present opportunities to those who are able to adapt their business model. For example, the automotive lightweighting trends intensify the industry’s need to find platers who can surface treat aluminum. These platers are using their small company size to their advantage by being very nimble and finding additional ways to improve their value proposition to customers. While the ability to attract talent to the industry is increasingly challenging and changing demographic trends in Japan are alarming, the recent reshoring of production back to Japan will only benefit the country’s job shops in the future. 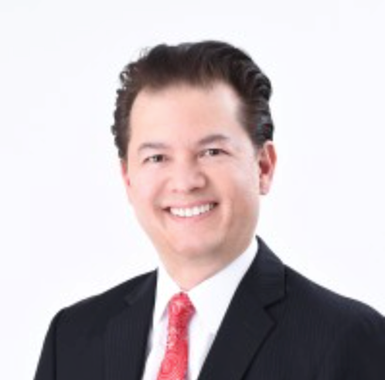 Julian Bashore, based in Tokyo, is General Manager of the MacDermid Enthone Industrial Solutions businesses located in Indonesia, Japan and Thailand. He also manages the Circuitry Solutions business in Japan, and is a well-known figure in the printed circuit board industry where he has served on the board of the Japan Electronics Packaging and Circuits Association since 2015. Before joining the plating industry in 2013, his career has been primarily focused in coatings and other surface treatment chemicals for both plastics and metals used in the automotive industry.   Along the way, he also worked for a job shop which specializes in heat treatment and other metallurgical services.