The vessel, delivered on March 24, was built at the Shin Kurushima Dockyard of Shin Kurushima Toyohashi Shipbuilding Co. Ltd. This is NYK’s second LNG-fueled car carrier following the delivery of the Sakura Leader.

According to NYK, the Plumeria Leader PCTC will be one of the world’s largest PCTCs, capable of transporting approximately 7,000 units (standard vehicle equivalent) per voyage, beginning with vehicles produced by the Toyota Motor Corporation.

NYK said it planned to take delivery of a total of 20 new LNG-fueled car carriers by 2028, and as soon as technological innovation progresses, NYK plans to switch to zero-emission vessels utilizing low-emission marine fuels such as hydrogen and ammonia. 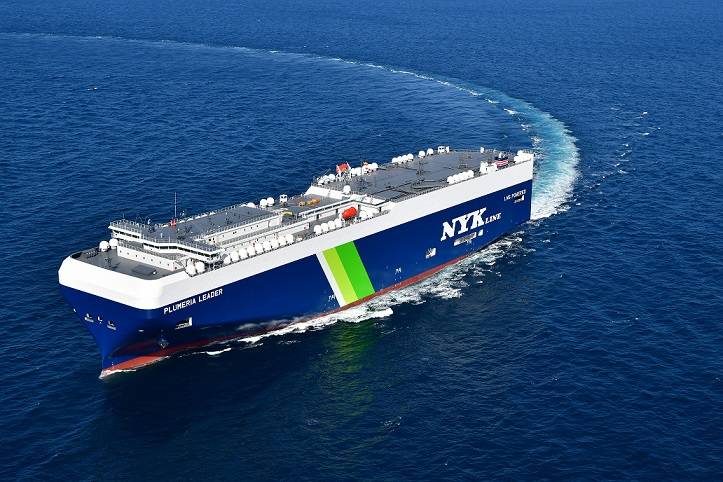 Automotive Wallpapers In 4K HD For Your Desktop, Cellphone Or Pill